Saw an electronic billboard in Bochum, that was not able to boot its operating system (click to view larger version):

There are two possible explanations for this:

After doing a cross-forest migration (see here), the Outlook 365 of one of our users behaved strangely. We faced the following phenomenona:

Outlook stated that it was connected to Exchange. What made this even more strange was that Outlook didn't always behave like this, mostly after every second start.

As a last resort, I used Microsoft's uninstall tool (Office scrub) to completely remove Office and do a fresh installation. And this finally fixed the user's issues. I have no idea what was wrong, but I'm glad I could fix it.

Found an old photo in my archive. On 2018-06-17, I saw a RMV ticket machine at the Oestrich-Winkel railway station, where the upper display failed and showed a Linux terminal (click to view larger version): 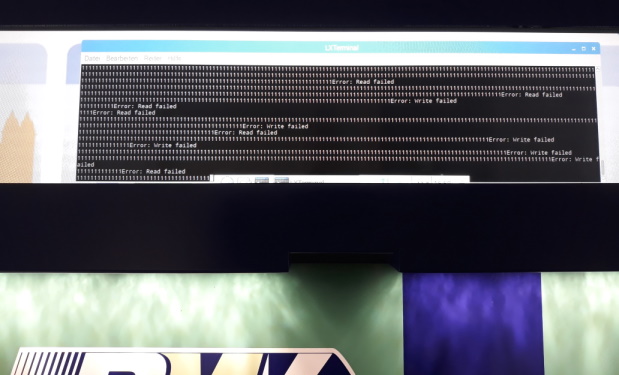 Here, the display shows a LXTerminal with several error messages. This leads to the conclusion that these machines use a Linux system with the LXDE desktop environment.

"Not Used" button in Cisco ASDM

You can say what you want about Cisco firewalls, but I recently discovered the "Not Used" button in Cisco ASDM. This button allows you to delete unused host objects. Nice :)

SSL on NetScaler not working anymore

They suddenly stopped serving to serve the StoreFront web site, but without any explanation. Every status sign in NetScaler was green, the SSL certificate was not expired and since we use the freemium version, there was no license that could expire. The HTTP and HTTPS ports were open (tested using Test-NetConnection) and even the HTTP to HTTPS redirect worked. But the StoreFront page did not show up. Also the NetScaler log did not show that there was any config change or any other problem.

We tried to failover the NetScalers, to reboot them and to restore an older config file. But none of these measures did work. We also considered some NetScaler experts, but like us, they had no idea what was wrong.

The last idea we had was to restore the last night's backup of the VMs. Whatever the problem was, restoring the backup solved it. We really had no idea what the problem was, it didn't reoccur the last few days.